According to Inquirer,  Matthew McConaughey married his longtime girlfriend, Brazilian model Camila Alves, on Saturday evening, according to People magazine.

The couple tied the knot in a private ceremony in Texas before close friends and family, including their two young kids, with Alves taking the groom’s last name to become Camila McConaughey, the actor’s rep told the magazine.

McConaughey, 42, and Alves, 30, were engaged in December but kept the date of the wedding on his estate secret.

Named the “sexiest man alive” in 2005 by People  McConaughey showed up at Cannes in May to promote his latest films “Paperboy” and “Mud.”

In real life, these three are as thick as thieves, having been, in Duffy’s words, “best friends for 35 years.” They don’t see each other that often: Hagman’s in Malibu, Duffy’s on an Oregon ranch and Gray lives outside of Los Angeles. But over the years they have called each other as rumors surfaced that this or that producer wanted to remake “Dallas.”

Gray remembers every painful detail. “About two years ago, the three of us got a call: Would you be interested in coming back? And we said, ‘Of course.’ And nothing happened. And then we heard it was going to be a movie and that John Travolta was going to be J.R., and J.Lo was going to be Sue Ellen.

So the press would say: Who do you want to play Sue Ellen? And I said, ‘That’s insulting! I want to play Sue Ellen!’ And Patrick and Larry said the same thing. Finally, I got so upset, I said, ‘You know what? If they can do in two hours what we did in 13 years, God bless them.’ ” According to, USA Weekend/New York Post. 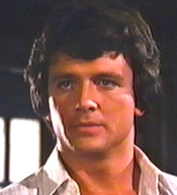 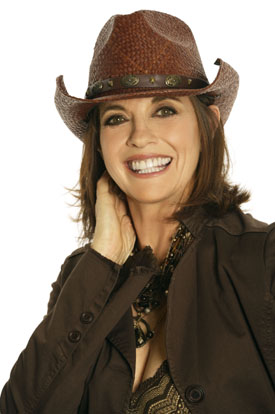 Three people have been reported killed and at least two others injured following a shooting at an off-campus housing complex at Auburn University in what is believed to have been a fight over a girl.

Little is known about the details of the shooting, but reports have emerged saying that among the victims were two former Auburn football players who were shot after a fistfight erupted.

Turquorius Vines, 23, said he was at the party Saturday evening at the University Heights apartments with one of his friends.

He said he and Pitts were approached by two other men who started arguing with them over a woman.

Vines said he punched one of the men, while Pitts hit both of the men over the head with a bottle.

Then, one of them started shooting, he said.

Among the dead were former Auburn football players Ed Christian and LaDarius Phillips. A third student at the school, Demario Pitts, was also killed.

Police identified their killer as Desmonte Leonard, who has been charged with capital murder. He has not yet been captured.

Police Chief Tommy Dawson told Al.com: ‘I’d like to reach out to Mr. Leonard to turn himself in today.’

Current Auburn football player Eric Mack was shot, but his injuries are not believed to be life-threatening. Xavier Moss and John Robertson were also wounded.

On Sunday, Mack tweeted: ‘I appreciate all the love and prayers for me and my two lost homies. May god be with their families. #Auburn’.

Vines said he had never before seen the men who he had been arguing with.

‘It’s like I lost a lung,’ Vines said of his friend. ‘I don’t know how I’m going to survive this.’

The building was swathed in yellow police tape.

It appeared that the shooting happened in an archway near the apartment complex information center, near the edge of the parking lot.

Five uniformed officers guarded the area, which was sealed off with crime scene tape, and a handful of crime scene investigators were at work.

After daybreak Sunday, several uniformed officers stood near a disaster relief trailer parked at the building’s entrance, which appeared to be a sort of command center.

Some bystanders milled about, looking on at the scene.

It is also thought police are still looking for the gunman following the incident.

In an attempt to protect the crime scene police have erected a tent while forensic officers carry out their investigations.

Vasha Hunt, a photographer with the Opelika-Auburn News, was at the apartment complex and told AP by telephone early Sunday that authorities had set up a white tent there.

Police were photographed conversing together behind the taped-off scene as, later, rain began falling.

Hunt said many of those who initially gathered outside appeared to be residents waiting for permission to enter their apartments while several police cars and other vehicles were parked around the entrance.

Police also set up large lights illuminating the area and about a dozen police cars, ambulances and other emergency vehicles were photographed around the blocked-off entrance, he added.

Some other reports said students looking on at the scene appeared somber and that residents who showed identification were later let back into their apartments.

Police have said they will not be releasing any further information.