On January 1st 2016 KST, Korean Media Dispatch revealed the first couple of 2016. Hani of EXID and Kim Junsu of JYJ.

The two have been revealed to have been dating for the last 6 months and Junsu who was attracted to Hani is said to have approached her first. Their friends say that he fell for her beauty inside and out as Hani is renowned to be one of the nicest girls in the idol industry. They also say the two are very different in personality as Hani is a bit boyish and rowdy while Junsu is more sensitive and delicate.

A video of Fiestar Jei kissing a girl intimately is creating a buzz in Korea.
South Korean dramas don’t usually take the risk of doing homosexual themes, however “Lily Fever” is doing just that. Not only are there intimate kissing scenes between two girls, the main cast is a K-pop idol, Jei from Fiestar.

Jei’s lesbian kissing scene is yet to air, however fans have seen a preview of it and the video clip is going viral.

Ashanti blasted onto the urban music scene in 2002. She quickly became a sensation, gracing the covers of magazines and dominating radio. Her debut album topped the Billboard album chart just as her debut solo single, “Foolish,” was topping the Hot 100 chart.

Female idols are often criticized for their weight, and KARA‘s Youngji is just the latest idol to be targeted by netizens.

After seeing photos of the DSP Media singer from a recent event, netizens couldn’t stop commenting on the title of the article which stated that KARA’s member has recently become chubby.

With KARA‘s contract expiration date nearing with DSP Media, many netizens are suspecting that the group will not renew their contract and will instead disband.

On Pann, a netizen published on December 24th a post titled “Girl group who will disband,” naming girl group KARA and wrote, “Next year, KARA will enter their 9th year. Their contract is reaching near its end. Rumors going amongst fans is that Park Gyuri will be going to an film acting agency and Goo Hara will enter SM C&C. I don’t know about Han Seungyeon, but there is talk that none of these three will renew their contract.”

“There is also a rumor that DSP will be doing something with Youngji and Somin, who withdrew from April.”

DSP Media confirmed back in October 2015 that Park Gyuri, Han Seungyeon, and Goo Hara’s contract with the agency would indeed be expiring at the end of the year though a confirmation of a renewal has yet to be reported.

KARA originally debuted in 2007 as a four-member girl group (Gyuri, Seungyeon, Nicole,Sunghee) before going through their first lineup change in 2008. Member Sunghee left and the group welcomed two additional members, Hara and Jiyoung, where they found success as a group.

In 2011, the group underwent controversy when all of the members minus group leader Gyuri filed a suit against DSP Media, requesting contract termination. Goo Hara withdrew from the suit and rejoined the company, and four months later, the agency resolved their issues with the three remaining members.

In January 2014, Nicole officially withdrew from KARA after deciding not to renew her contract with Jiyoung also leaving with her own contract expiring in April 2014. A new member was recruited, Youngji, who joined on July 1st following the conclusion of the KARA Project.

SMROOKIES has unveiled a new male member on December 19th to the shock of many fans.

Going by the stage name Kun, the new addition is reportedly a Chinese member born in 1996. A vocalist, he has already shown his talents before with some self-created a cappella covers of songs by Taiwanese pop star Jay Chou.

Kun, whose birth name is Qian Kun, was reportedly born on January 1st, 1996, in Fujian, China. He attended the Beijing Contemporary Music Institute after making it to the TOP 10 of a 2012 competition called Little Tigers 2.0. Additionally, the rookie has won numerous singing competitions as a young teen and even a handful of compositions under his name as well. It is said that he first appeared at the SMROOKI

DO YOU THINK HE’S HANDSOME? PLEASE LEAVE A COMMENT

On December 18th,  f(x)‘s Krystal and EXO‘s Lay made a couple appearance in Beijing at the press conference for their upcoming Chinese movie, Kite Flying.

The two labelmates of SM Entertainment will be the main lead for the Chinese movie, which is scheduled to start filming around January or February next year and slated to be screened in cinemas in the later half of 2016.

At the press conference, Lay, three years older than Krystal, placed his arms cooly over her shoulders and the two also hooked arms. Fans are already excited about the chemistry between the two. The duo also attended the Lily Award Ceremony in Beijing on the same day.

Lay was, hence, unfortunately not able to perform on stage with his fellow EXO members for the comeback stage on Music Bank. Last week, EXO-Ls were also furious because KBS did not publish Lay’s profile in the comeback preview.

SPELLBOUND BLOG
The Korean front man of the funk and Latin groove band Spellbound, Bobby
Moon, has shared with me the new album “Pase La Voz”, which translates
from Spanish as “Pass It On“. The song was written and produced by
Spellbound founders Paul ’Pablo’ Thomas and Bobby Moon and is about the
human need to pass on our heritage from one generation to the next. It’s
in our genes..passing on musical traditions, artistic knowledge, crafts
and history.

The title song focuses on the passing of the drum culture of ancient
Africa, the different tribes, captured as slaves and scattered throughout
the New World. The musical beats secretly echoed the old traditions,
camouflaged in the new religions and traditions forced upon the…

Fans of Rainbow were surprised to see member Hyunyoung drunk, and making out with a man in the latest episode of the drama she’s currently appearing in: “Makdoemokeun Yeongessi”.

On a popular online Korean community called Instiz, a post titled, “Rookie boy group currently under fire for their attitude” went viral with over 26,000 views in under 3 hours.During a recent episode of Inkigayo, EXO was nominated as a candidate for first place. Common etiquette dictates that other artists make room for those nominated to be at the center of the stage.

Donny Osmond, who is celebrating 50 years as a performer, embarks on his first solo concert performances in four years. “The Soundtrack of My Life Tour” features an intimate look at Osmond’s most beloved moments in entertainment.

However, smaller companies often rely on the success of just one or two groups. Netizens recently discussed several male idol groups who are the main source of revenue for their respective entertainment companies. Without the success of these groups, their companies might not be in business today.

Cook was arrested at the airport in Rock Springs, Wyoming, according to TMZ.com.

Karla Perez is widely regarded as the top rated “Selena” Tribute Artist in the United States and Mexico.

Free with your Cache Club Card or $20 at the door

Free with your Cache Club Card or $20 at the door

From photos and streams on the V App featuring the two co-stars, netizens have noticed the strong chemistry between Hyeri and Park Bo Gum. Being similar in age and working in the entertainment industry, the two have shown that they get along quite well, and their skin ship off-camera have netizens imagining that the two would make a great couple as well. Netizens have been speculating about the possible pairing, making the duo a hot topic online recently. 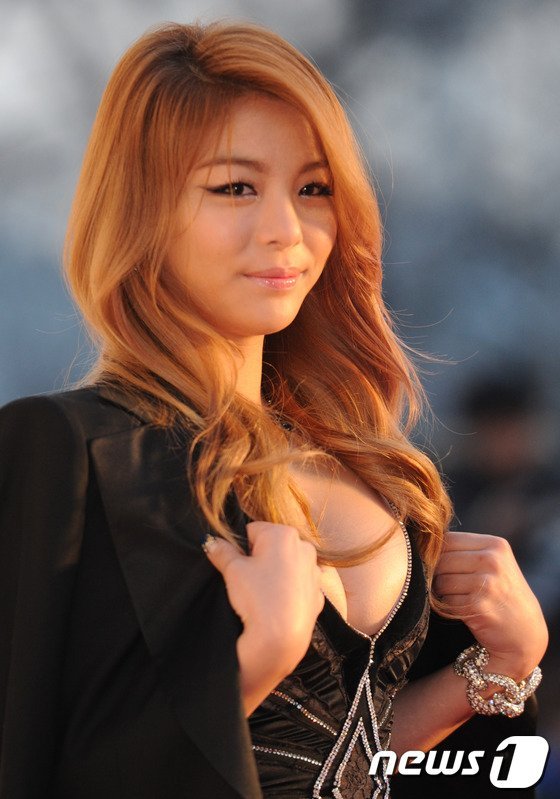 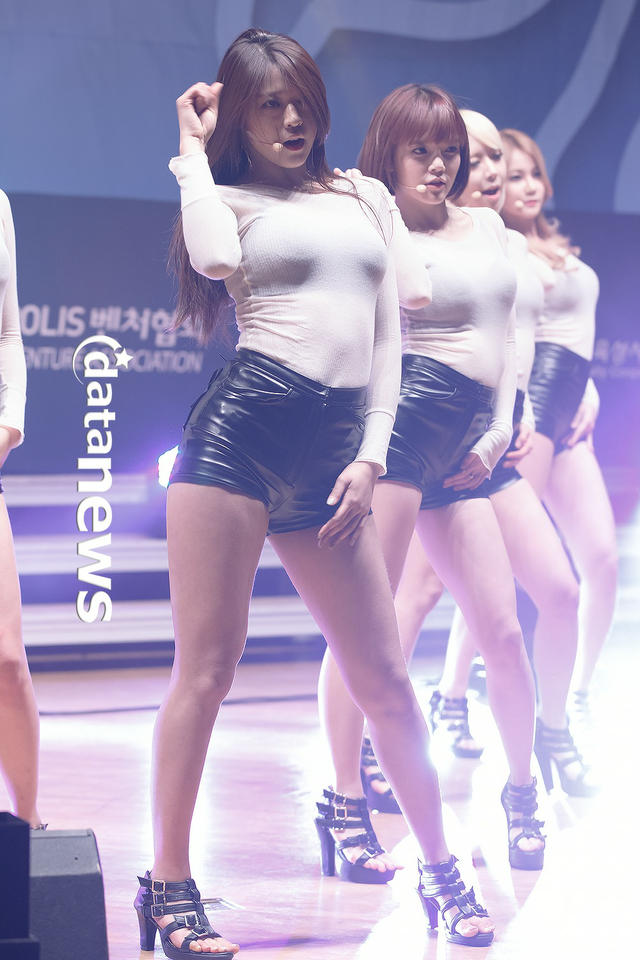 International news media who has covered the story include the BBC, Billboard, theDailyMail, the Los Angeles Times, the New York Daily News, and more with the news trending on Facebook as well.

After Gaeun and Jiyool announced their official departure from girl group Dal Shabet, the group’s agency Happy Face Entertainment announced that they were still planning on a release early next month.

However, fans have expressed their concern for the other members of the group, especially Subin, who is said to have composed a song for the upcoming release. Although the group has gained a lot of attention in the past for their songs such as “Joker,” netizens pointed out that they have never been in the national spotlight or considered a popular group.

Netizens have expressed their wish for the group to gain popularity as the remaining members continue to work hard.

The post featured photos of BTS members and their manager. In the photo the manager is seen raising his hands against the member Jung Kook. Although there was no physical contact fans claimed that the gesture was very threatening and the fact that Jung Kook flinched revealed that there may have been previous cases of physical abuse.