After news broke out that HyunA and PENTAGON’s E’Dawn was being forced to leave Cube Entertainment following their dating rumors, many suspected that HyunA would be signing with AOMG.

This was because her stylist had uploaded a post on her Instagram Story indicating that she would be working with AOMG, and many had assumed HyunA would be moving with her.

Moreover, HyunA is known to have a close friendship with Jay Park, who is the founder of AOMG, further reinforcing the possibilities of the rumors being true.

Despite the plausible rumors, however, insiders have previously claimed that the rumors were false and that the stylist’s move was unrelated to HyunA, at least for the time being.

This time, AOMG stepped up to clarify that the rumors were, in fact, untrue.

“It is true that we made contact with HyunA’s stylist. It was for working with our artist ELO. HyunA’s stylist was put in charge of ELO’s style for his upcoming program. There must have been a misunderstanding since it was about the time when reports stated HyunA’s removal. We have not had any discussions in relation to HyunA’s recruit.” ㅡ AOMG

AOMG also clarified that HyunA and Jay Park did maintain a good friendship as they spend a good deal of time together at JYP Entertainment but that they have not worked together since Jay Park’s “You Know” music video in 2015, in which HyunA appeared on

“[HyunA] really just helped out as a friend. They have not worked together on any music since.” ㅡ AOMG 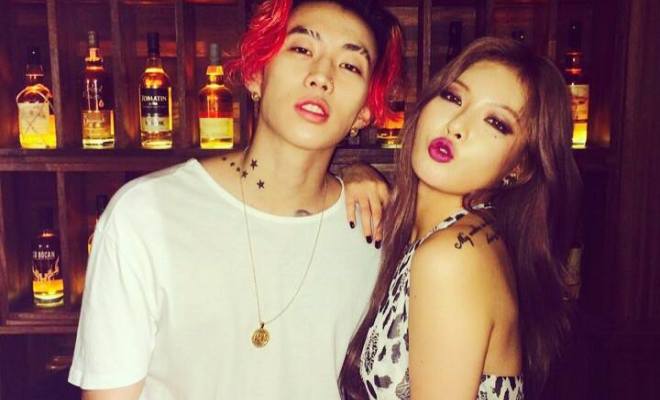