On an episode of Radio Star, ASTRO’s Cha Eunwoo revealed that he has experienced symptoms of paralysis during fansign events.

He explained that the symptoms were a result of smiling for long periods of time during fansign events.

“During fansign events, we have to keep smiling and after smiling so much I started getting facial tics.” ㅡ Cha Eunwoo

He added that the symptoms he was experiencing were affecting his fan service. 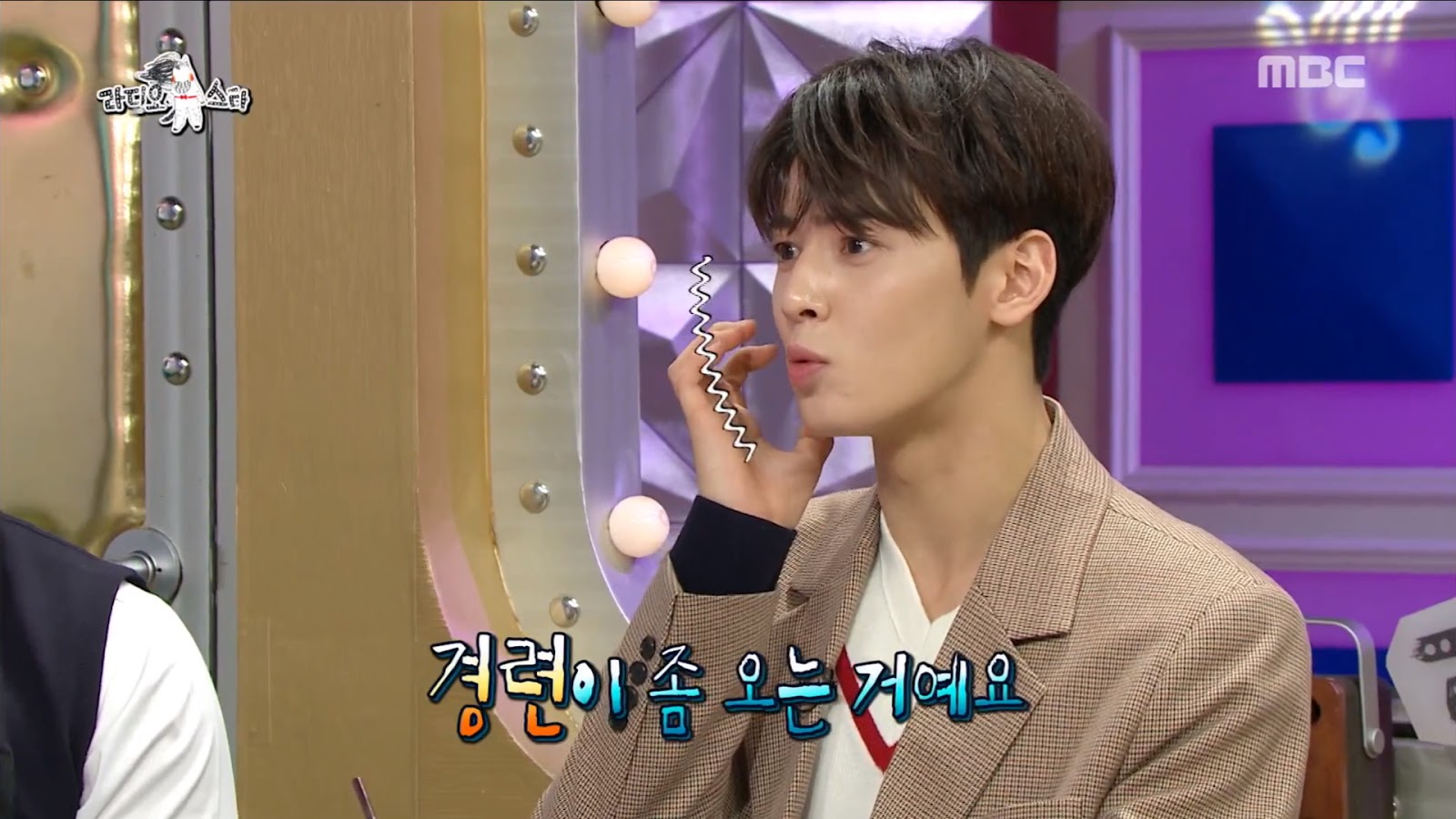 A new top visual of K-Pop is making his way up as a rookie male idol is becoming increasingly popular with Korean females for his amazing good looks.

The K-Pop idol has been identified as member of rookie boy group ASTRO, Eunwoo. He recently debuted alongside his other five members of the group, Jinjin, MJ, Moonbin, Rocky, and Yoon Sanha under Fantagio Music with their mini-album Spring Up in February.

With unblemished, white, baby skin, sparkling eyes and a beautiful yet handsome smile, Eunwoo has captured the hearts of Korean fans with various .gif and photos of the idol making its way around various online community portal. They include solo shots of Eunwoo during the July 1st Music Bank episode as well as a small fan meet the group had with fans the following day.