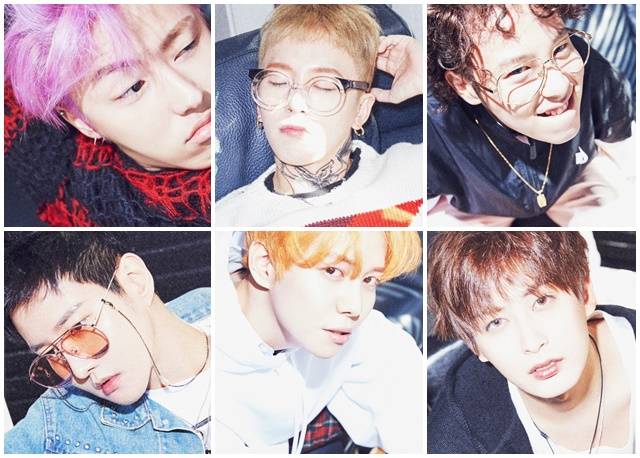 Fans are in a happy uproar after news of Block B U-kwon’s model girlfriend catching the wedding bouquet spread online. Could Fate be hinting them towards marriage?

Back in 2012, U-kwon made a sudden and surprising announcement on Block B’s official fancafe revealing his relationship with model Jun Sunhye, a woman who is four years his senior and has always been by his side for support through the hard times.

Recently, the happy couple attended an acquaintance’s wedding celebration, where other Block B members were also spotted.

During the traditional bridal bouquet event, Sunhye was the lucky lady to catch the flowers. It is said that whichever woman catches the bouquet at a wedding, she will be the next one to get married. In an Instagram photo, U-kwon can be seen smiling as Sunhye is holding on to the bouquet happily.

While the details aren’t clear, netizens have seemingly been harassing the model to get married following the news her catching the bouquet. Sunhye’s previously public account has now been switched to a private account, with the photos of the wedding the couple attended deleted from her account. In addition, U-kwon’s Instagram account (http://instagram.com/k_ukwon) has also been deleted.

Fans have taken to Twitter to show their disappointment following the couple’s retreat from SNS, posting comments such as, “Sunhye and U-kwon have dated each other for years but people still cannot accept it and create such dramas ugh,” “You and Sunhye, do not allow the bad comments to influence you. I love this couple,” and “Too much pressure.”