From thousands of citizens demanding Lee Hongki’s execution to Koreans calling for an end to the Mnet Asian Music Awards, Korea’s Blue House petition form has been the source of lots of controversy—their latest target? BTS.

More than 3,000 Koreans have already signed a new petition demanding the official disbandment of BTS.

The petition did not fully cite the reasons BTS should disband, but it did claim that the group was “haughty” and “does not merit a military exemption.”

Considering BTS recently earned the Hwagwan Order of Cultural Merit for their influence in the Korean wave (an received by only a few dozen people in the last 50 years), they certainly would be a good test case.

The President’s Office is required to release a statement once the petition receives more than 200,000 signatures, but support for the petition is unlikely to reach that number. 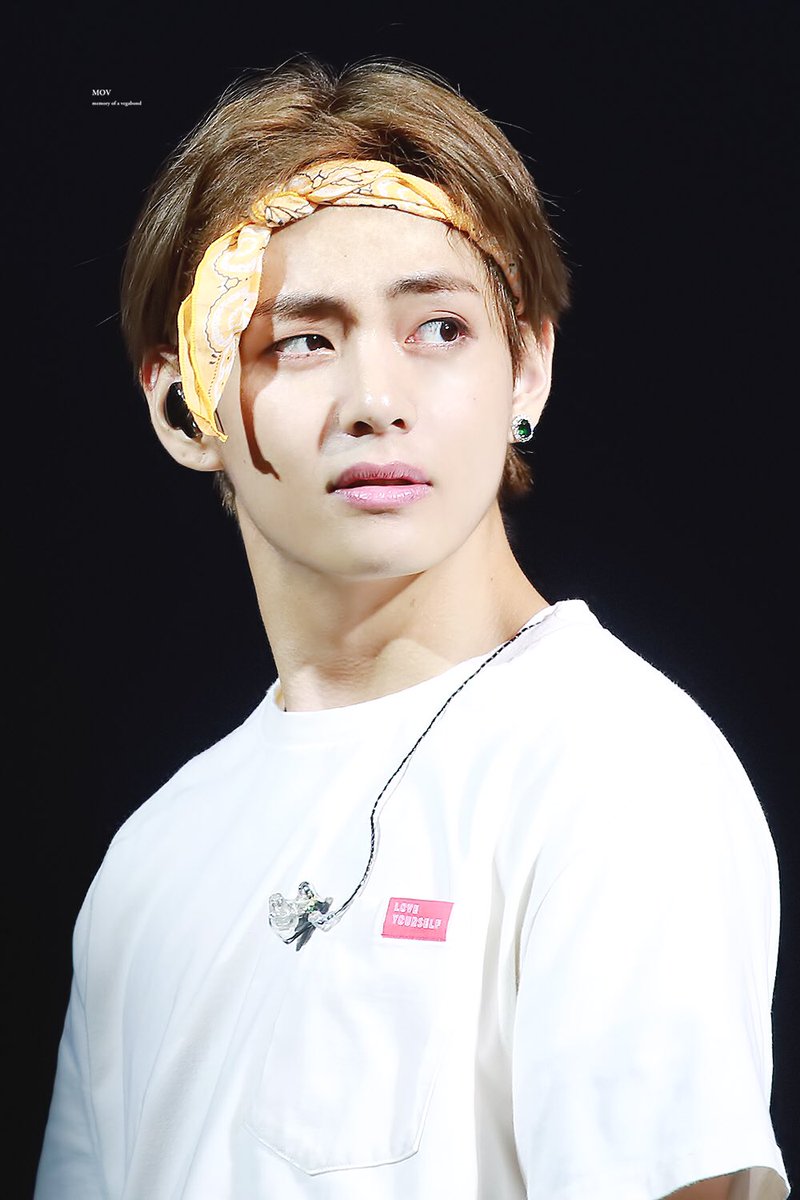 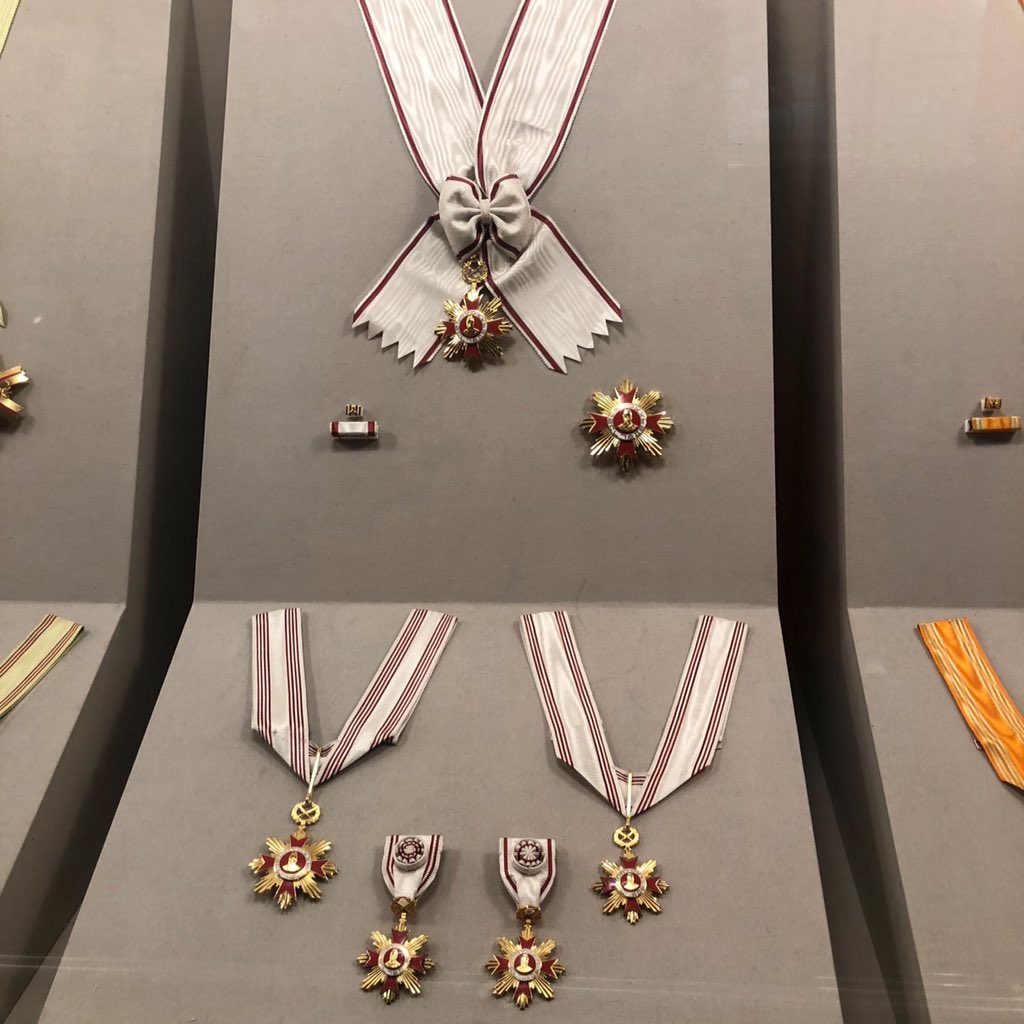 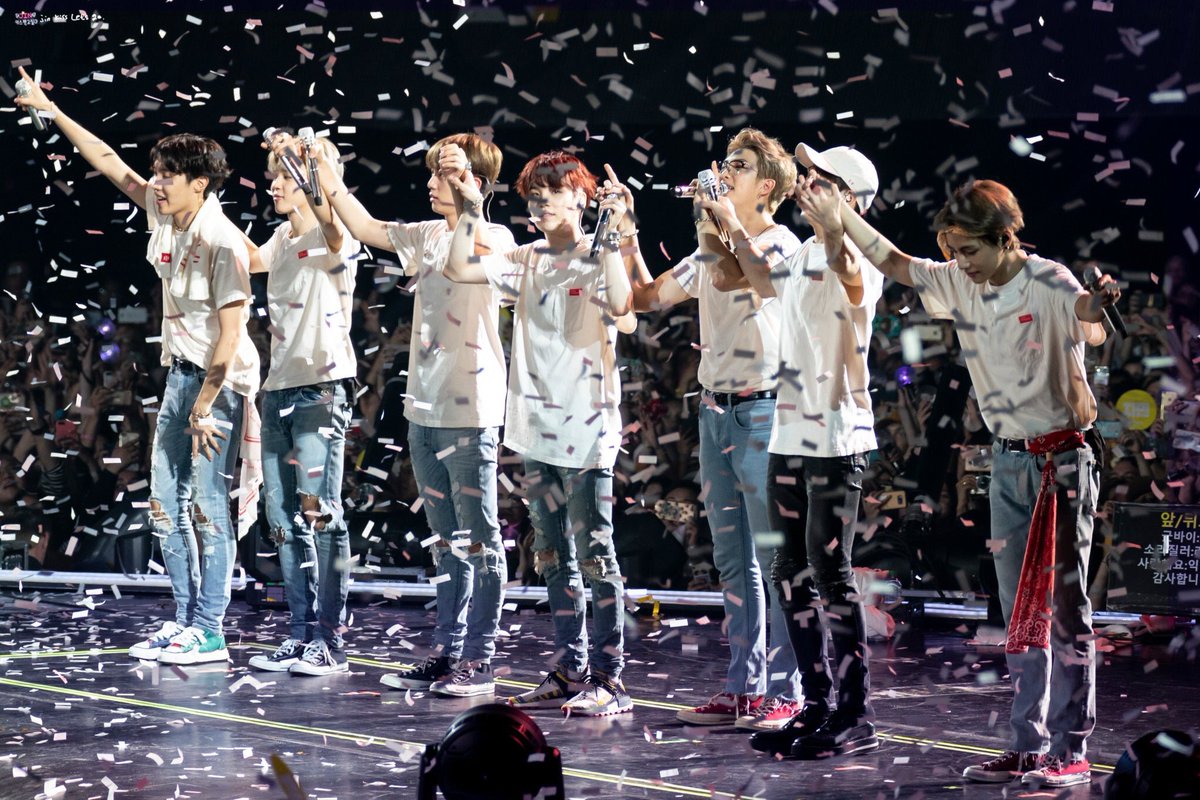 He criticized BTS’s appearance and shamed them for wearing lipstick, claiming they “all have plastic surgery

He’s recently come under fire for a series of Tweets that attacked BTSabout their appearance. He claimed that they “all have plastic surgery“, and shamed them for wearing lipstick.

He continued on by claiming Asian-Americans believe Asian men are being “feminized” by wearing lipstick. To make matters worse, he wrote the “Asian” response in a stereotypical manner with poor grammar use. 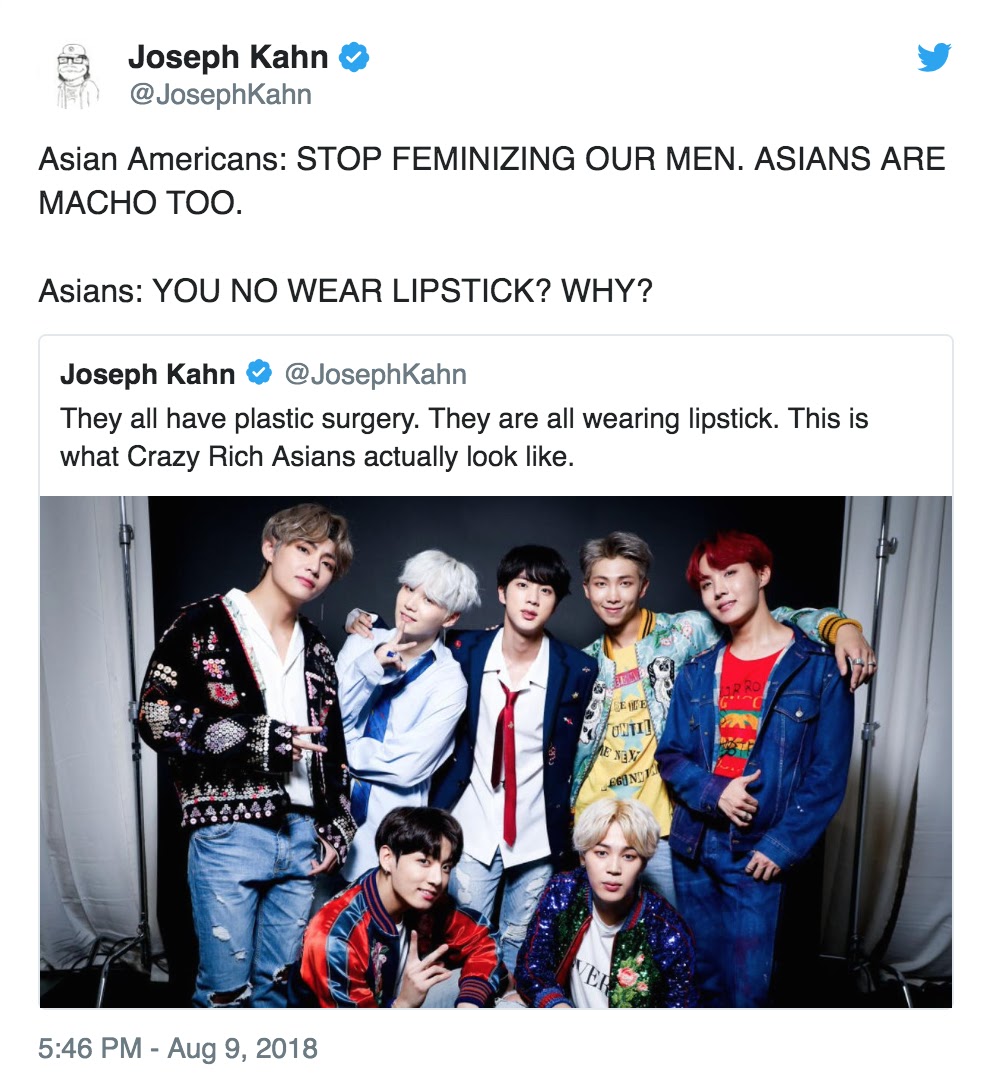 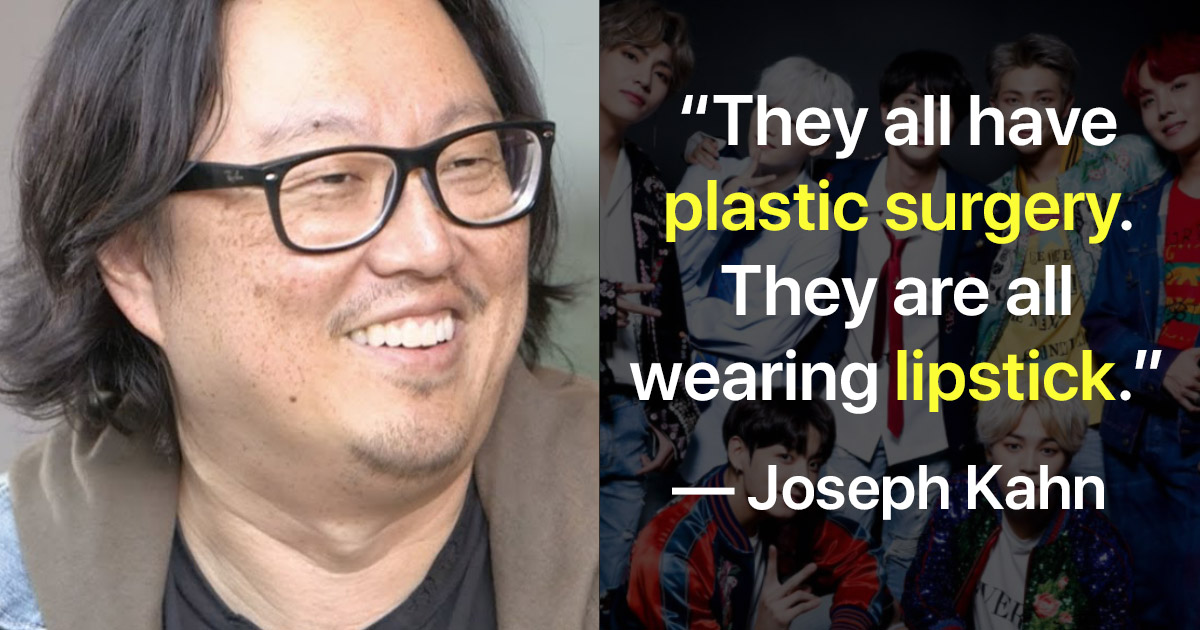 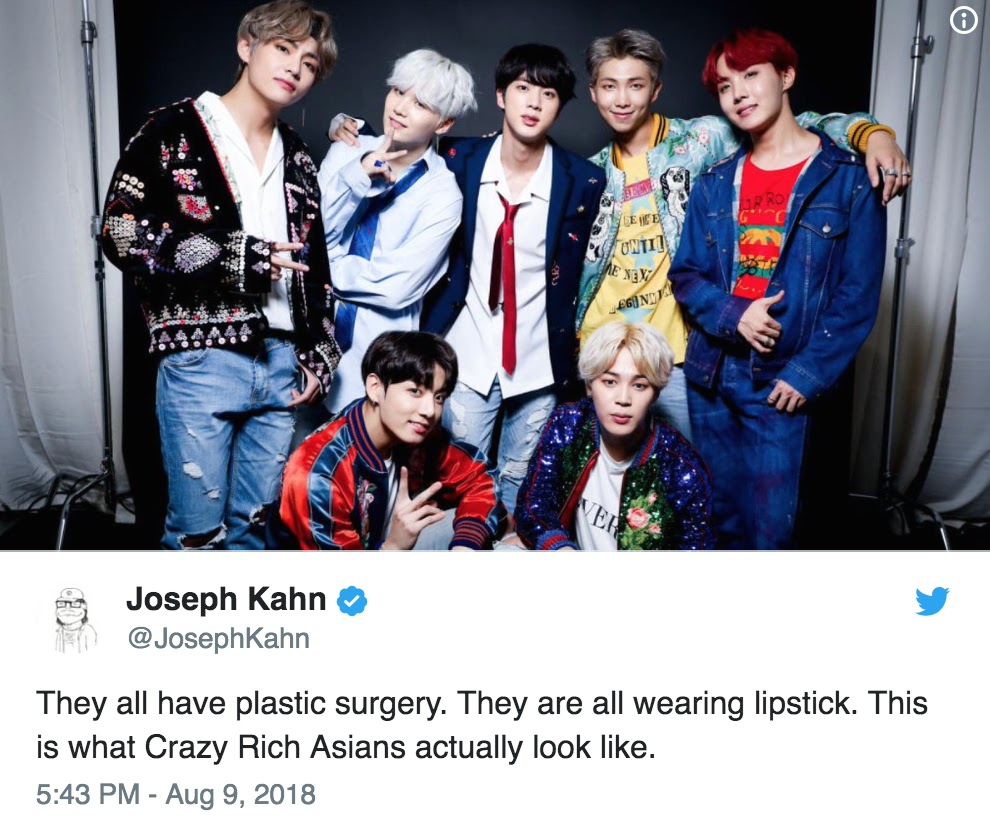 BTS will not be able to participate in the Gaon Charts Awards on the 14th because of a prior engagement.

The Gaon Charts Awards is a ceremony where they award 16 artists with stellar chart records and sales in the previous year.

Big Hit Entertainment didn’t clarify what event BTS was initially scheduled for, which led fans to be more curious if they are planning something special instead. 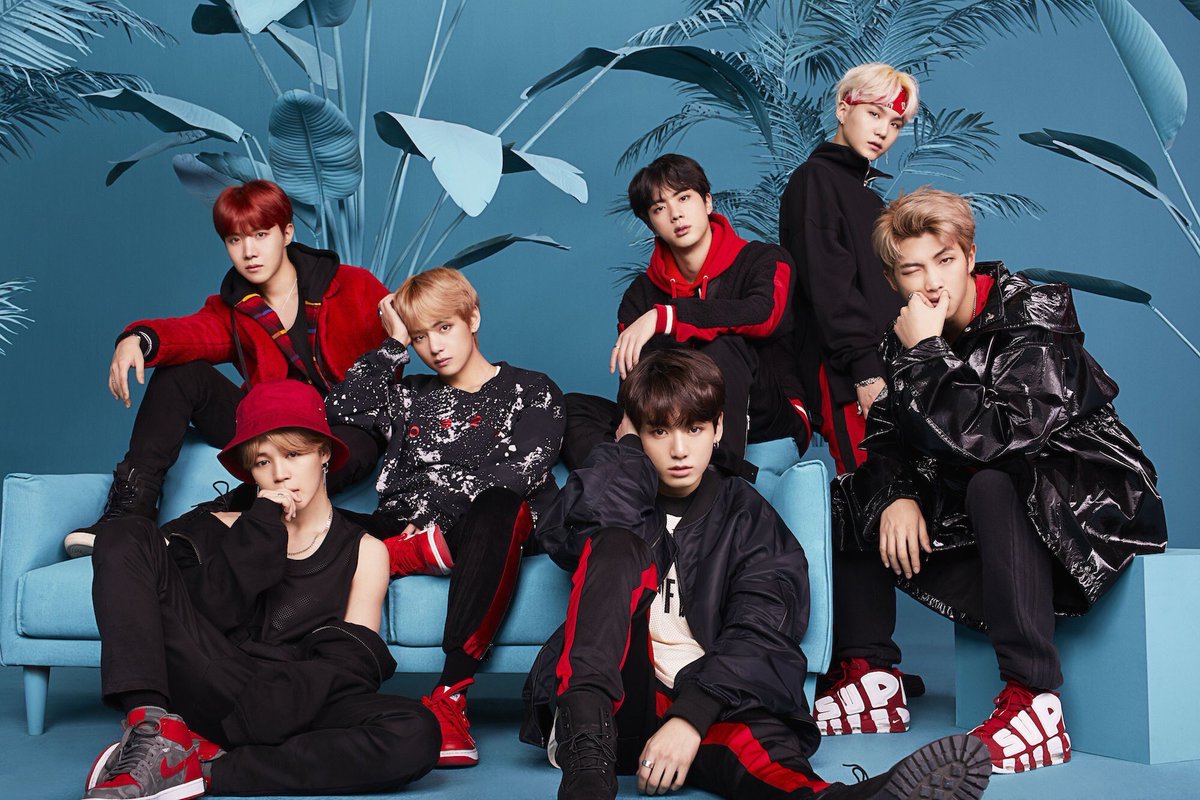 While his dad’s 46 years old, he looks so young that he could seriously pass for Jungkook’s older brother! He hasn’t gotten much older either, looking back at childhood photos of Jungkook.. his dad has always been super handsome.

In one video, filmed back in 2014 and uploaded to BTS’s YouTube channel, Jungkook’s father can be seen sitting beside him.. and damn is he handsome! 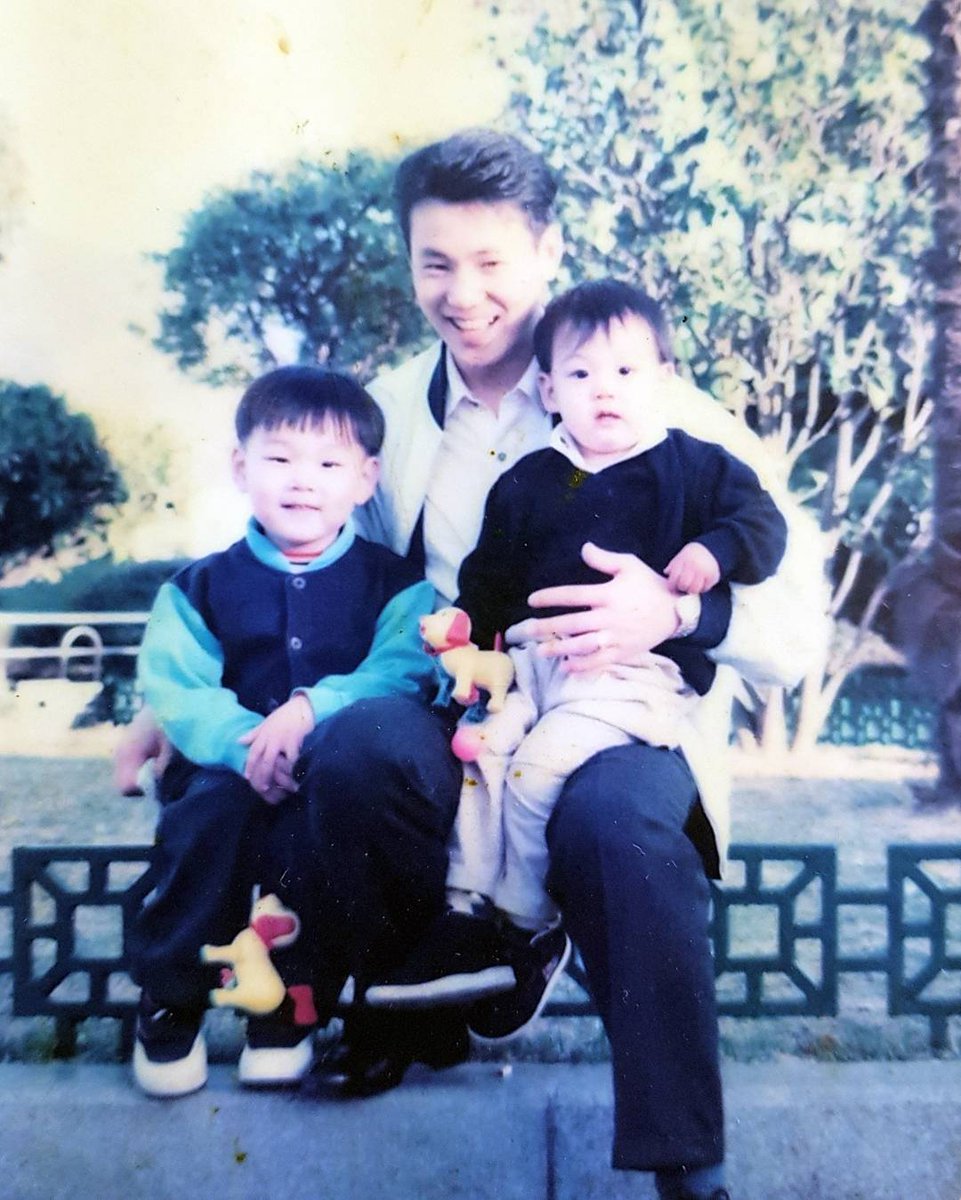 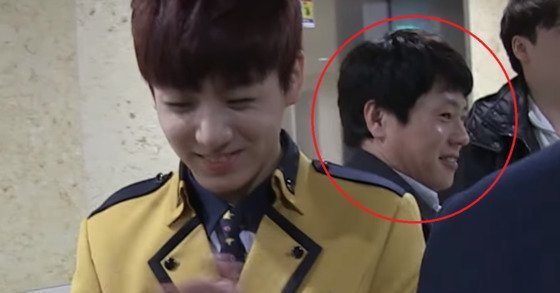 Japanese comedy program Yoshimoto Shinkigeki recently invited BTS to guest star in one of their skits.

Noticing Jimin’s reaction, the comedian then pushed his chests closer to Jimin, making him even more flustered.

However, he quickly regained composure before introducing himself like nothing had just happened

The post featured photos of BTS members and their manager. In the photo the manager is seen raising his hands against the member Jung Kook. Although there was no physical contact fans claimed that the gesture was very threatening and the fact that Jung Kook flinched revealed that there may have been previous cases of physical abuse.

Right after ending promotions for their follow-up track “Hormone War,” BTS had been caught up in a small controversy after a condom had been spotted in a picture posted by member Jin. For one of the photos on their recipe blog Jin took a snapshot of his latest completed meal, Twitter fan accounts then spotted a possible King-Size condom box near the wall behind Jin; the image has spread viral online since. Big Hit Entertainment has now come forth, revealing that the condom had been nothing but a gift from a fan. The company stated that “The item in the picture is indeed a condom.  Those were presents they received from fans.”

After showing step-by-step photos of his latest dinner recipe, Jin took a faraway photo of him eating at the table, with boxes and shelves behind him. However, in the left corner behind a laptop, fans have found a box for Pasante King Size Condoms. Speculation has been rising as to whether it is true or a rumor, especially as a particular fan Twitter account is seen apologizing for retweeting what was supposed to be a “joke.” Posts can be seen on her Twitter apologizing, and hoping that it wouldn’t be found out, though other commenters are found to be informing her that the image already spread viral to Korean portals.

The boys of Bangtan Sonyeondam, also known as the Bangtan Boys and BTS, have just announced dates and stops for their first full-length Asian Tour!

In September, Big Hit Entertainment announced that BTS would have a concert on October 18th and 19th at AX KOREA in Seoul, South Korea, and released individual concert teasers. When tickets sold out in 5 minutes, a third night was added to the lineup for the fans, bringing the concert to a total of three nights from October 17th through the 19th.

Due to popular demand, it has just been announced on October 10th that the BTS boys will be bringing their concert, “2014 BTS LIVE TRILOGY ‘EPISODE II. THE RED BULLET’” to 5 other Asian cities outside of Korea over the next 2 months!

Check out the dates below!

BTS is just finishing up promotions with their title track “Danger” from their first full length album “Dark and Wild” and even released behind the scenes look and dance practices for the “Danger” music video. They have also been nominated for “Best Korean Act” for MTV EMAs recently.

BTS recently released their 1st studio album “Dark & WIld” and the music video for “Danger.” Now they give you a special BTS look at their shooting.

BTS has come back with a completely different look from “Just One Day.” They are edgier and darker. In the behind the scenes video they claim that the choreography for this video is the hardest they’ve done and they managed to learn it in one week!

They go on to also talk about the song and their worries about expressing their emotions correctly. Jimin states that the song is about a boyfriend not receiving calls or texts from his girlfriend and he didn’t know what facial expressions to make.

Although the boys exclaimed multiple times that they are tired, they are seen giving it their all and they still manage to have a good time while filming.

Watch the video below to get a closer look at BTS and the “Danger” MV.