Sulli decided to enjoy the fantastic weather as she graced the streets with a friend. However, the Korean press and netizens once again freaked out over her choice to not wear a bra. 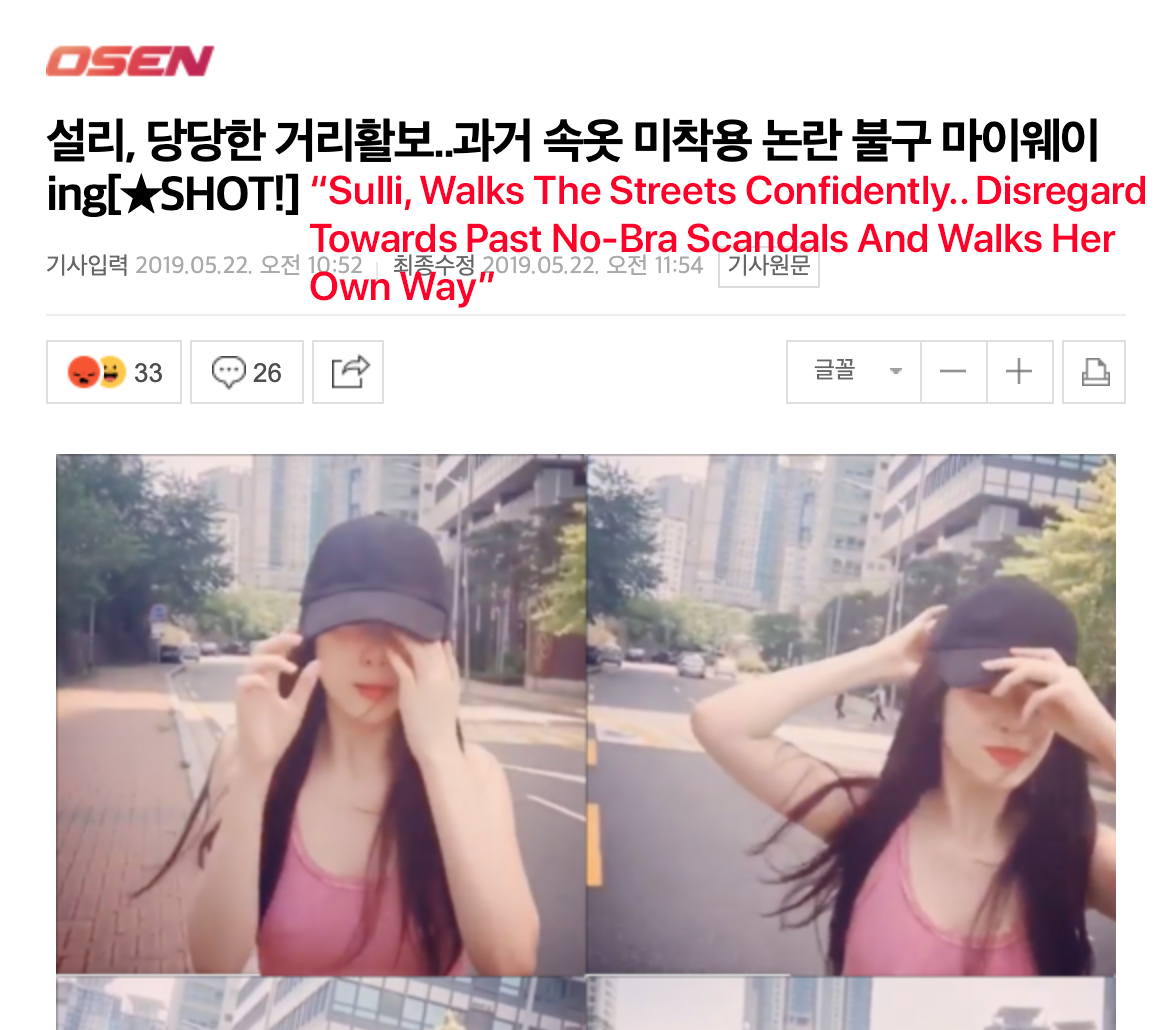 After the shock of her dating scandal begins to subside, Sulli is finally returning to the industry, but this time focusing more on her acting career.

In 2013, rumors began to spread about (f)x’s Sulli’s relationship with Dynamic Duo’s Choiza. In June 2014, rumors of their dating were confirmed. Afterwards, due to netizens’ nasty comments and personal attacks, Sulli went on a long hiatus.

Luckily for Sulli’s loyal fans, she appears to be making a comeback, but this time as an actress. On September 4th, the first teaser of Sulli’s upcoming movie, “Fashion King,” was released. Famous actors such as Joo Won and Kim Sungoh are also appearing in the movie making the movie highly anticipated in Korea.

Sulli’s latest film appearances are leading to speculations that Sulli will now be more active in her acting career than her singing career.  Entertainment officials have stated that Sulli was always more interested in acting than singing, and that this film will mark the first success of Sulli’s acting career.

While most fans are welcoming her comeback, some are criticizing her for not being more responsible towards her group, (f)x.

Sulli’s film “Fashion King” is set to debut in theaters this November.  Check out the character trailer below!