Jaejoong was adopted when he was four years old, without knowing he had different biological parents. His biological mother explained in a magazine interview that she had no other choice.

“My husband lost all his money to a fraud. We split up in 1989. I used to serve at a restaurant from 10AM to 11PM. I couldn’t take care of Jaejoong. There weren’t extended day cares or kindergartens back in the days. And I had to feed him leftovers from the restaurant.

Things were not good. An acquaintance of mine suggested that I give him up for adoption. She had an older brother who had eight daughters and thought that family would take great care of Jaejoong as the youngest son.” — Jaejoong’s Biological Mother

By 2004, Jaejoong’s biological mother became aware of her son’s whereabout as he debuted with TVXQ and tried to reach out. Jaejoong became aware of his family history at this point. In 2005, when Jaejoong tried to enlist in the army to serve his military duty, he had to clear up his family register – on paper, he belonged to both his biological parents and his adoptive parents.

Jaejoong’s biological mother had to file a court case to verify that he is her biological son, while his adoptive parents had to respond to the case and verify that they have been in custody for most of his life. While the nature of this case was not hostile, it did stir up a lot of rumors about Jaejoong and his two families. Jaejoong spoke up about the issue and stated he remained unshaken.

“I wish to continue living as Kim Jae Joong, as I have always had. I also want my biological and adoptive families to continue understanding and loving each other.” — Jaejoong 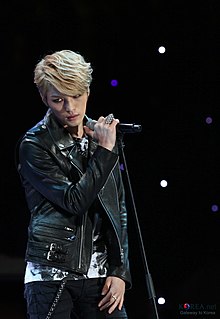