Red Velvet’s Seulgi was moved to tears when she was reunited with an old friend who walked a difficult path after graduating from School of Performing Arts Seoul.

Ji Dong Kook had become a construction worker after graduating from SOPA, after falling into a financially tough situation with his family.

As a construction worker, he was able to live in Seoul for free but unable to pursue music fully. He was only able to practice singing after work at the empty construction sites.

His determination brought him to I Can See Your Voice and caused Seulgi to tear up while listening to his story as well.

“I feel good because I got to sing in front of my friend” — Ji Dong Kook, Seulgi’s old friend

Seulgi sent him off with a big wave and let him know that he did really well!

Good luck to Dong Kook on achieving his dreams of becoming a professional singer! 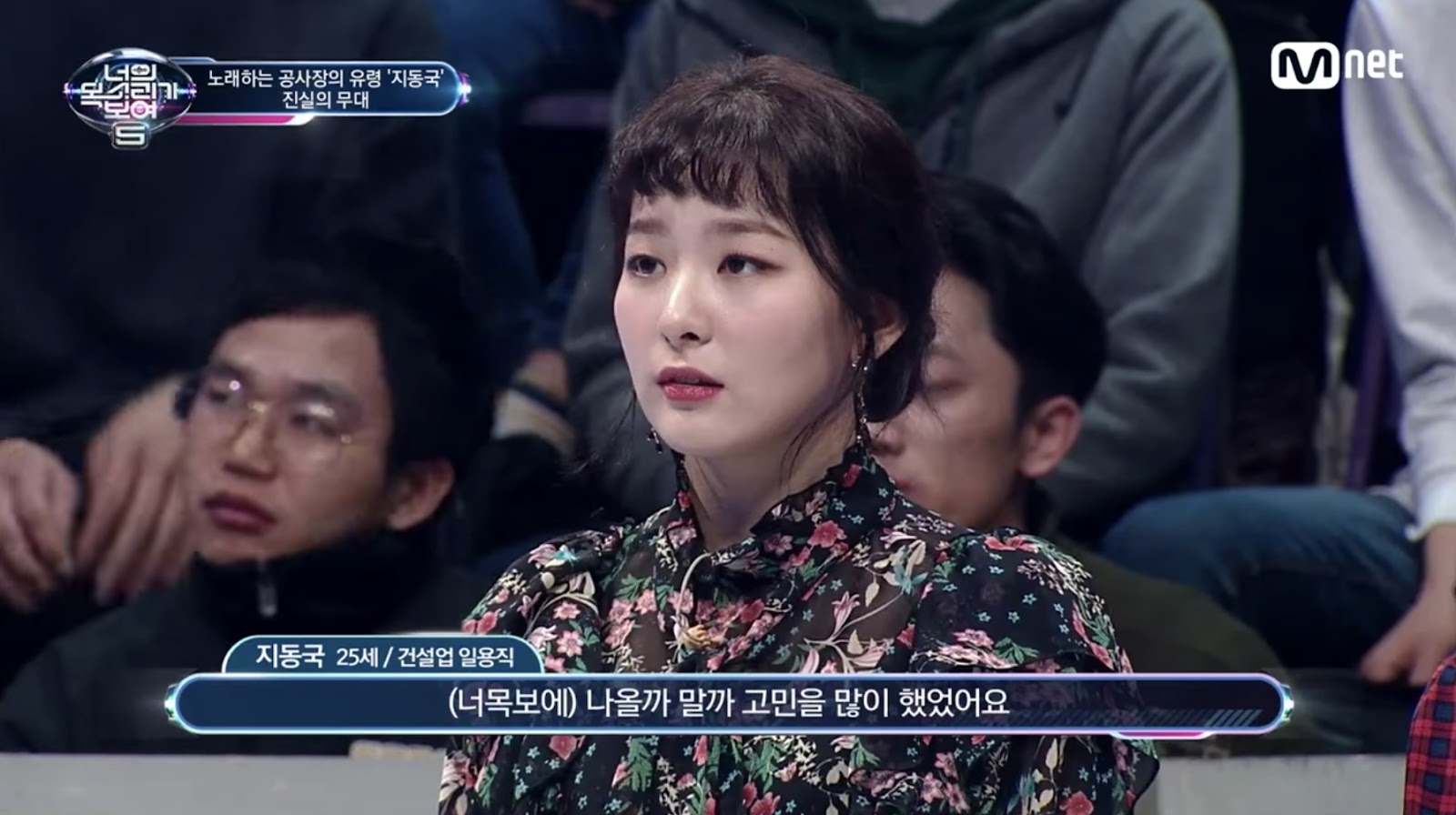