On April 11th, agency Brand New Music released the couple photo-shoot of Kanto from TROY and Kang Minhee from Miss $.

Kanto and Kang Minhee have already met a few times for featuring works on “Ladies’ Night,” “Take my Phone Away,” and “Sun and Moon,” but this time they have come together for a couple photo-shoot.

Brand New Music stated, “These two are like siblings, as they are ‘maknaes’ or the youngest ones in their own team and have known each other since their trainee years. They not only like to monitor each others’ promotion activity and performances but also take care of each other.”

The final product of their work will be officially released on April 15th. On March 18th, it was announced that she will be coming back with a new mini-album tentatively named “Yasisi” on April 1st, followed by full-scale promotions.

On the said teaser photo, Yoon-G was featured in a white bathing suit, showing off her dazzling and fit appearance.

Both of Lee Hyori and Lee Sangsoon’s respective agencies have denied recent reports of the couple tying the knot this September.

Earlier today, it was reported that Lee Hyori and Lee Sangsoon will be getting married this September and that wedding invitations are already made. Reports revealed that the couple plan on a quiet wedding, only inviting close family and friends to the ceremony.

However, B2M Entertainment immediately retracted the reports and denied news of Lee Hyori tying the knot with her partner, Lee Sangsoon, further denying that there were no invitations for the said wedding made. The agency also stated that it is difficult to reveal private information on the said situation.

The first half of 2013 was a busy time for K-Pop. The industry saw many comebacks from popular artists, as well as the debuts of many new artists. While not a complete recap of the first half of the year, check out some of the highlights from the music industry from January to June, below!

In January, we saw the return of rookie group, VIXX, with the release of their hit track “On and On.” Boyfriend, B.A.P, CN Blue, Dal Shabet, Girls’ Generation, MYNAME, BoA, SISTAR 19, and more made a comeback during the month, all battling for the top spot on the charts. January also gave us the debut of Infinite unit group, Infinite H, featuring members Hoya and Dongwoo. 4minute’s first unit group, 2YOON, made their debut in January as well with “24/7.” BEAST’s Yoseob also made his solo debut during the month of January with the title track, “Caffeine.”

READ FULL STORY AND WATCH VIDEOS ALL FROM KOREABOO 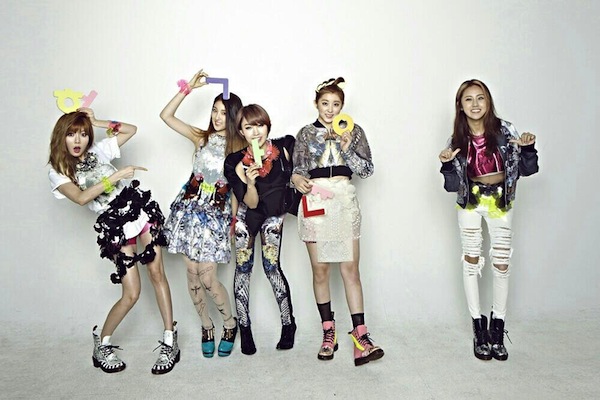 On April 19th, Cube Entertainment updated their Twitter account and revealed the third set of concept images for 4minute’s comeback. 4minute was featured spelling their own names through five different group shots. A caption “What’s Your Name?” were included in the said update.

Meanwhile, the agency also added a video clip with the “What’s Your Name” theme which featured the comedians from Gag Concert.

Shortly after news of his car accident hit the news, SBS “Morning Wide” released photos of the scene and the state of the Jang Geunsuk’s car. The hood of the car was severely damage, along with the passenger window laying broken on the highway’s road.

Because there was no bodily injuries, Jang Geunsuk made his way to Thailand for a concert as planned.

Actor Jang Geunseok has recently been involved in a traffic accident, resulting in him hitting a bus.

According to Incheon police on March 22nd, Jang Geunseok was driving and heading towards Incheon International Airport via the highway at 6:16PM KST, going 10.4 kilometers, when he hit a bus driving ahead of him.

The hood and bumper of his car and of the bus were both damaged, but thankfully, no one was seriously injured.

A highway patrol spokesperson said, “Upon arriving at the scene, it was seen that Jang Geunseok car’s right tire had gotten a puncture, which caused him to rear-end the bus. The investigation has already been completed.”

Se7en admitted himself to the Uijoungbu 306 Reserve Battalion on March 19th at 2PM KST. Fans from Taiwan, Japan and from the homeland flocked to bid him farewell, along with reporters.

Prior to leaving, Se7en thanked his fans for seeing him off. He said, “I’ve entered at an older age, but I will try my best.”

Meanwhile, Se7en released his last music video before his enlistment on March 10th title “Thank You.”

Davichi released their 2nd studio album, and since it’s release, the title track “Just The Two Of Us” has been rising to #1 on online music charts. This album is their first studio album in five years.

As of March 19th, Davichi’s “Just The Two Of Us” has successfully occupied 1st place on MelOn, Bugs, Soribada, Naver Music, Daum Music and monkey3. Other artists vying for the #1 place is Taeyeon’s OST track “And One” and SBS “K-Pop Star – Season 2”.

Male soloist Se7en (29)  to enlist in the military this month. On March 10th, YG Entertainment confirmed the official date of his entry as March 19th, where Se7en will then begin his military training at the 306 support group in Uijeongbu, Gyeonggi.

Se7en recently held his “Thank You” concert on the 9th at the Seoul Education and Culture Center, his final concert before leaving for the military. There, Se7en told fans how happy he was for being able to perform in front of fans one last time.

He revealed a new track “Thank You” at the concert and announced that the official video for it will be released soon. According to, Koreaboo.

AA (Double A) has finally revealed the full music video for their pre-release track “Rollin’ Rollin’.” The video was revealed on their official YouTube channel.

While preparing for their comeback, AA had already revealed a set of teaser pictures as well as a short music video teaser for their track “Rollin’ Rollin’.” The track was released ahead of their comeback release as a pre-release and had its music video revealed just now.

They never got their comeback. Fans were left with no information until late last month, when their return was officially revealed.