The Moon Lovers: Scarlet Heart Ryeo couple IU and Lee Joon Gi will be appearing on the variety show Knowing Bros together!

According to OSEN, the couple was filming the JTBC variety show on October 11th.

IU and Lee Joon Gi appeared in Moon Lovers: Scarlet Ryeo back in 2016 so it will be the first time they are reunited on TV in 2 years!

After appearing on the drama together, both IU and Lee Joon Gi have proved their close friendship by not only participating in each other’s fan meetings and concerts, but also by sending each other food trucks to show their support.

This time as well, Lee Joon Gi is appearing on the upcoming variety show with IU only to support her and her promotions as he is currently not working on any films or dramas himself.

Due to their extraordinary chemistry, rumors even had it that the two stars were dating. Lee Joon Gi’s agency quickly denied the rumors, however, stating that they were simply co-stars. 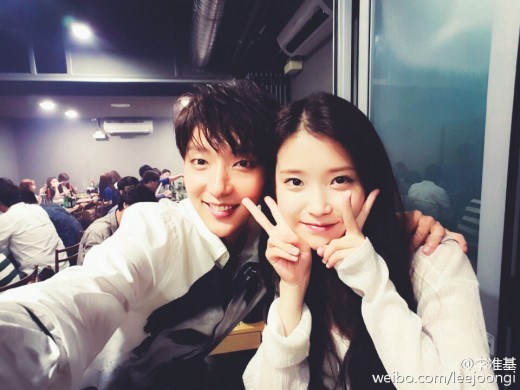 Actor Lee Joon-gi, who leapt to fame in 2005 thanks to the movie “The King and the Clown,” celebrated reaching an impressive 7 million followers on Weibo, the Chinese version of Twitter, yesterday.

“I am celebrating with So-yeon. Although I don’t look good in the picture,” he added.

Both Lee and Kim appear to be wearing makeup from the set of the drama “2 Weeks,” posing with their fingers in a “V” for victory.
Lee signed up for Weibo last February and has regularly communicated with his Chinese fans since then.