The “Nation’s first love”, Suzy, rose to fame as part of the JYP Entertainment girl group miss A.

Since transitioned into one of the biggest brand ambassadors in Korea. 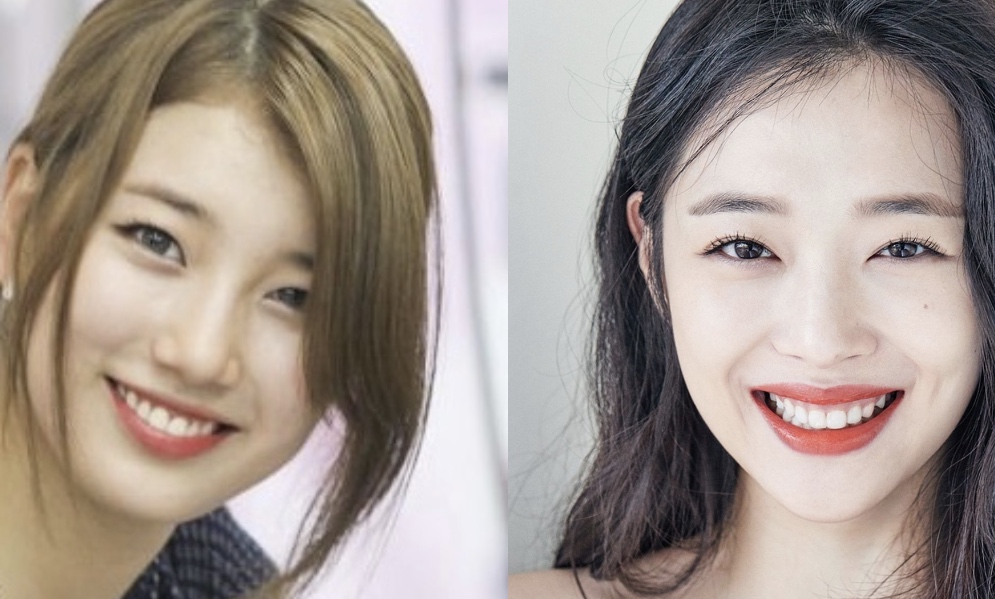 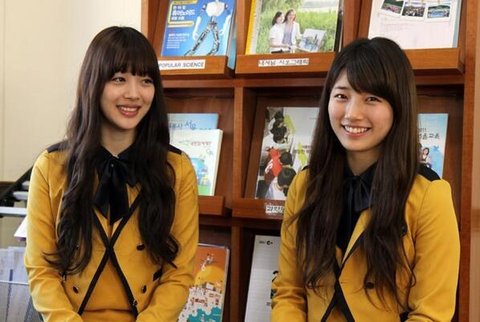 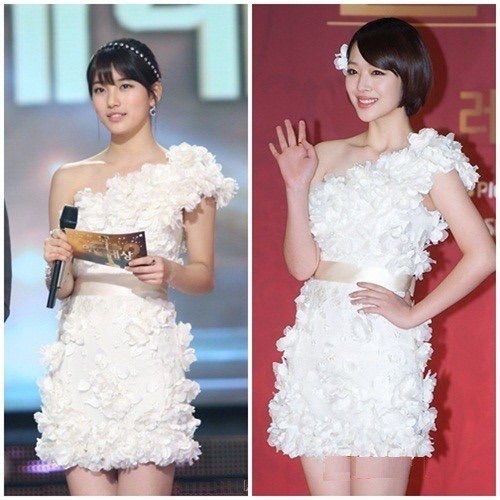 On April 2nd, Lee Min Ho made an appearance in Hong Kong for Innisfree, a cosmetics brand that he endorses. While there was an informal Q&A session during the event, the questions posed to Lee Min Ho were preselected by the organizer and only related to cosmetics.

The media present at the event were not given an opportunity to ask questions, leaving many reporters disappointed as they were prepared to hear Lee Min Ho’s thoughts on his relationship with Suzy.

However, despite being in relationship with Suzy, Lee Min Ho did not skip out on the fan service, as he gladly accepted presents and hugs from his fans and wore a smile on his face throughout the event.

JYP Entertainment has recently denied the rumor that miss A‘s Suzy will be enrolling in one of Seoul’s famous universities after receiving special acceptance into the school as an idol.

In Maeil Economics Star Today‘s paper on November 20th, JYP Entertainment revealed, “The rumor that has fiercely spread online about Suzy’s special admission into the university is not true. Currently, Suzy is only focusing on filming the movie Dorihwaga. She currently has no plans of entering the school.”

Not only did the rumor indicate the star’s enrollment into the school, it stated her entry was a special admission because of her idol status. Furthermore, it continues that the plan was cancelled by the school later.

To this a school official refuted, “Suzy’s application to our university is not true. I have never heard of it before. The school does not even have the policy of special admission for the celebrities.”JYP Entertainment representatives added, “She is not going to apply to college this year but Suzy’s future decisions and plans are completely up to her.”

Back in a November 2013 interview, Suzy revealed her thoughts on the topic, sharing, “Maybe my thoughts will change in the future, but as of now, I have never regretted giving up on entering college.” JYP Entertainment representatives added, “Suzy is not going to apply to college this year but later what decisions to be made in totally on Suzy herself.”

In addition to working on the film Dorihwaga, Suzy has been busy preparing for an upcoming 2015 miss A comeback as hinted by J.Y. Park earlier this month.

On November 10th, miss A‘s Suzy drew a lot of attention for responding to a netizen who has been sending her a series of hateful messages.

Being a celebrity may have its perks, but it also comes with many burdens. In addition to having to deal with packed schedules and an overwhelming amount of fans who can be overwhelming at times, it’s unfortunate that celebrities also have to deal with verbally abusive netizens as well. Despite being one of the most popular idols in Korea and even earning the title “The Nation’s First Love”, the miss A member has received her fair share of haters over the years.

Last December, when she was prompted on how she responds to haters on an episode of the KBS2 TV show The Human Condition, the singer responded that she looked at everything in a positive light, and noted,  “When I get stressed, I run and scream by the Han River.” However, one specific netizen on Twitter has clearly crossed the line with their negativity, as Suzy eventually responded to the vicious attacks on her Twitter account.

Despite the miss A member receiving thousands of tweets every day, the hateful messages of one particular netizen caught the singer’s attention, and eventually elicited a response. The Twitter user has repeatedly tweeted Suzy with messages such as “Get banned from the industry! Get in to a car crash and die” and “I hate you go die in a car crash“, to which the Nation’s First Love finally responded to with “So…you want me to die“.

Suzy’s agency, JYP Entertainment told Newsen on November 10th, “Our stance regarding Suzy′s malicious commenter has not changed. We will be taking legal action. We won′t be overlooking this issue. We have not filed a charge yet, but the legal team will soon be on it.”

Hopefully the negative messages haven’t been too much of a stress on Suzy, who is currently filming for her upcoming movie Dorihwaga. It was also recently announced that miss A will also be prepping for a comeback after Suzy completes filming, with the album to be ready for release around summer of 2015. With so many good things coming in the future, the singer surely doesn’t need to worry about the words of a bitter netizen.