Shalamar was formed in 1977 as a vocal dance trio by Don Cornelius of the Soul Train television show and quickly became a top group with soulful disco sounds. Being at the helm of the Shalamar brand allows Jody Watley to give fans the group’s patented sound, featuring rich harmonies, soulful melodies, funky moves and musical beds with high style. Guaranteed to be 100% funky!

From gritty R&B to Motown soul to blistering funk, the Isley Brothers featuring Ronald and Ernie Isley have enjoyed one of the longest, most influential, and most diverse careers in the pantheon of popular music.

Cathryn (“Toni”) Tennille, 73, one half of famous ’70s musical act Captain & Tennille, filed for divorce from her husband, Daryl Dragon, 71, after 39 years of marriage.
Yahoo Music spoke with the Yavapai County courthouse on Wednesday, which confirmed the filing in Prescott, Arizona, on Jan. 16.
The husband-and-wife duo were the force behind such original hits and cover songs that included “Love Will Keep Us Together,” “Muskrat Love,” “Do That to Me One More Time,” “Lonely Night (Angel Face),” and “Shop Around.”

Holiday Jam 2013 with The Whispers and SOS Band

Holiday cheer meets funk, urban soul, and more, with hits like “Rock Steady” and “Take Your Time” from the best of R&B. Tickets to this musical night would make a great present under the tree!

The Stylistics and Lenny Williams

The Stylistics are one of Philly’s sensational soul groups, singing hits like “Betcha By Golly, Wow” and “You Make Me Feel Brand New” – joined by standout R&B vocalist Lenny Williams, former lead singer for Tower of Power on such great soul jams as “What is Hip?” and “You’re Still A Young Man”
Location: Pano Hall
Tickets: $49.50 and $39.50 (plus taxes & fees)

[via press release from CMT]

Hits “Landslide” and “Need You Now” Get a New Spin When Nicks and Lady Antebellum Share Vocals
Read more athttp://www.thefutoncritic.com/news/2013/08/16/stevie-nicks-and-lady-antebellum-team-up-for-an-all-new-episode-of-cmt-crossroads-premiering-friday-september-13-81500/20130816cmt01/#UevcRce26kQXhkC2.99

Hall & Oates has never won a Grammy but the No. 1 selling duo of all time has won something else: hipster respect.

Putting aside those shoulder pads for a moment, Daryl Hall and John Oates looked like hand-picked opposites: The lanky blond Hall called himself the “more flamboyant” one, while the shorter dark-haired Oates — with his distinctive ‘stache — embraced his role as “worker bee.”

But their union came from no design, except by the music gods: The Temple University students met in an elevator, both trying to duck a gunfight that had broken out at the Adelphi Ballroom in 1967. Forty-six years later, they’re performing as a duo–again–at Outside Lands in San Francisco on Aug. 11. Not that they ever abandoned their partnership, but the two have been working on solo projects.

Take to the streets and get to Thunder Valley for this Hall of Fame rock band that began in San Jose, CA!

* This event occurs rain or shine.

Queen have been voted the band the UK would most like to spend 15 minutes with.

The band topped a poll by Virgin Media after receiving a majority of votes from the British public.

Virgin Media yesterday announced the launch of its new music channel Vintage TV, which will show a range of original music programmes and concert footage.

Hang out with the band

One of the most iconic bands in the history of American music! 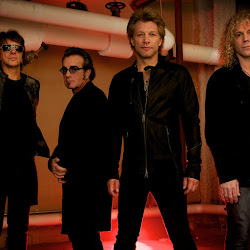 According to E!,  Sir Paul McCartney said “She certainly didn’t break the group up, the group was breaking up,” the Guardianquotes the 70-year-old McCartney as saying about the moptops’ 1970 demise.

“I don’t think he would have done that without Yoko, so I don’t think you can blame her for anything. When Yoko came along, part of her attraction was her avant garde side, her view of things, so she showed him another way to be, which was very attractive to him,” added McCartney. “So it was time for John to leave, he was definitely going to leave.”

To purchase concert tickets:
call Ticketmaster at 800-745-3000 or visit our Rewards Center inside the casino.

According To, TMZ  children of  the late music producer Charles Stepney is suing legendary entertainer Maurice White of  Earth, Wind & Fire claiming Stepney had an oral agreement with White.

To purchase concert tickets:
“Buy Tickets” call Ticketmaster at 800-745-3000 or visit our Rewards Center inside the casino.