PENTAGON’s E’Dawn has finally broken the silence for the first time since it was announced that he would temporarily not be promoting with the idol group.

Back in August after E’Dawn and HyunA’s dating scandal broke out, the two idols revealed that they had been dating for 2 years. Not long after, it was announced that E’Dawn and YanAn would not be attending upcoming fan club events.

Reports continued to deliver news of E’Dawn’s absence in more PENTAGON promotions and eventually, Cube Entertainment revealed that E’Dawn and YanAn would temporarily be halting promotions with the group. The agency clarified that YanAn will be taking a break for his health but did not mention any reason for E’Dawn’s hiatus.

For the first time since these announcements, E’Dawn has finally given fans an update through a fan cafe post. In the post, E’Dawn apologized to fans for keeping them waiting and for not being able to fulfill his promise to become honest and show himself more confidently.

“I apologize for reaching out to you so suddenly and so late and for writing a post instead of speaking to you in person. I really wanted to speak in front of fans during the fan meeting in August and at the fan club inauguration ceremony, which our members and I prepared for with a thankful and joyful mind, but I wasn’t able to attend them. As a result, I suddenly disappeared when I said that I would stand on stage confidently and become honest with everyone and I am so sorry to fans who were probably flustered. Although I am late and not sure if my thoughts will be conveyed through writing, I am writing this to deliver some of my thoughts and news to fans who have been waiting for me.” ㅡ E’Dawn

He explained that things did not turn out the way he had planned for them to and expressed his regret for not being able to keep his word.

“Before the incident, I spoke to my members on multiple occasions about the right decision and I was also very afraid before I came to my conclusion. However, because it was my own decision, I thought I should speak out honestly and face everyone rather than let it become a bigger lie in the future. I wanted to keep the promise to meet fans and confidently stand on stage but I am regretful that I wasn’t able to keep that promise during this promotion.” ㅡ E’Dawn 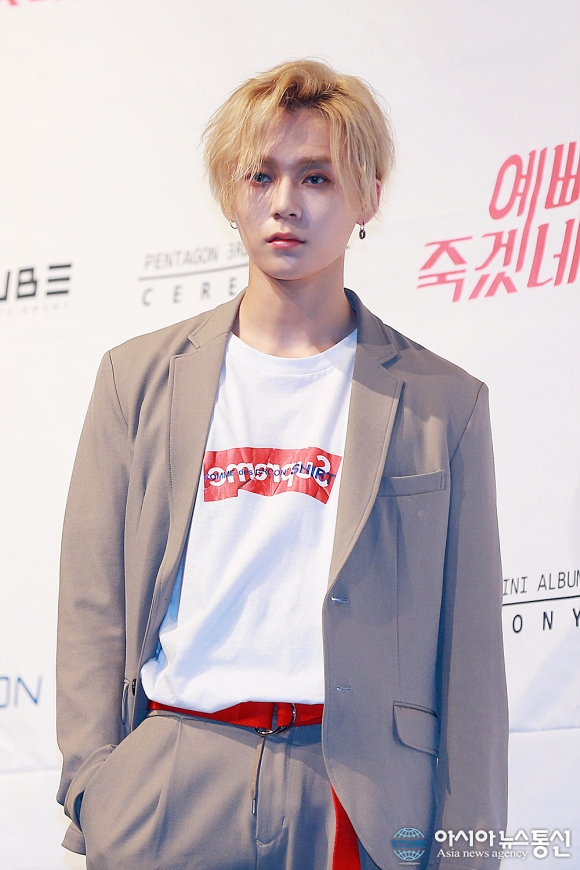