There were rumors of a love line between Kyuhyun and Seulgi for a long time, to the point where both idols were eventually questioned about it on variety shows.

During one broadcast, Kyuhyun claimed he’s not attracted to mega-famous celebrities, so Krystal and Sulli jokingly said he likes trainees instead (hinting at seulgi who was a trainee at the time). When the rumors about him and Seulgi were brought up Kyuhyun turned bright red, responding: “She’s not my girl I just want for her to debut well.”

Fans asked Jooheon which female idol group amongst Lovelyz, Oh My Girl or Red Velvet is his favorite. He checked Red Velvet then went the extra mile to write Seulgi. 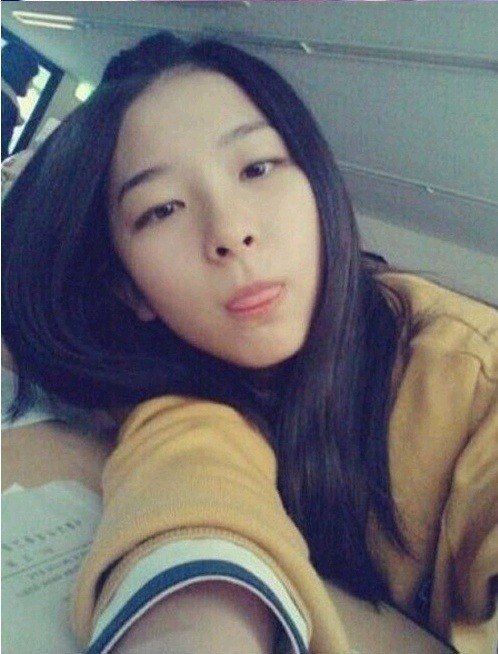 Red Velvet’s Seulgi opens about previous reports of being linked to Super Junior’s Kyuhyun after a video message for her from a radio show circulated online.

On the August 22nd broadcast of KBS Cool FM’s “Lee Sora’s Music Plaza,” Seulgi was asked by a question from a listener asking when was the last time she was in contact with Kyuhyun. Seulgi immediately replied that she does not contact her senior, explaining that she has last seen him during the SM Entertainment’s concert where she greeted him with Super Junior.

Prior to her debut, Seulgi was mentioned in various online articles after receiving attention from Kyuhyun’s video message through MBC’s “Radio Star. On the said show, Kyuhyun was asked to choose pretty members from girl groups which led to him to mention Seulgi after Sulli and Krystal’s suggestions. With the whole set teasing Kyuhyun about Seulgi, he was eventually asked to create a video message showing his support for her successful debut.

The said confession circulated online and remained a topic whenever the two were mentioned.

Kyuhyun, on the other hand, was quick to disperse such rumours by officially stating that Seulgi is not his girlfriend and is only one of her seniors who wishes her well.

What do you think of Seulgi’s statement?