T-ARA‘s Hyomin shared an Instagram posting about the recent decision to part ways from the agency.  Hyomin also revealed her plans to stay with the other remaining members of T-ARA (Eunjung, Jiyeon and Qri) in hopes to sign with another label soon.

“It’s been a while since I’m saying hello to you all, and it’s the new year. Hope all of you are doing well. At the end of last year, we decided to part ways with our agency of 10 years. Don’t worry though. I can’t tell you any details as of now, but the members will be together in the future no matter what.

For the first time in a while, the members are taking time off for themselves and relaxing. We’ve decided to sincerely think about how we can make a space to meet our fans in the future. Of course, we plan to personally meet our fans often as possible too.

From the moment when I started, I received so much love from the fans, and when I was younger, I thought it was just the way it was. Then now, I already know that I will not get as much support as I started with, but I am so thankful for all the valuable lessons I have learned from all those years. I’m excited thinking of a new start, but it’s also true that there are things I’m careful about after leaving my company of 10 years. It feels like I’ve broken up with a lover, and I’m scared to start a new love right after.

Although it’s not the end with my fans, I want to say that I’m sincerely thankful to you for giving me extensive support for 10 years. Also, you all went through a lot!

I’ll be back with better news in near future, so our fans do not need to worry too much.
I hope you all of your wishes come true in 2018  and Happy New Year!” 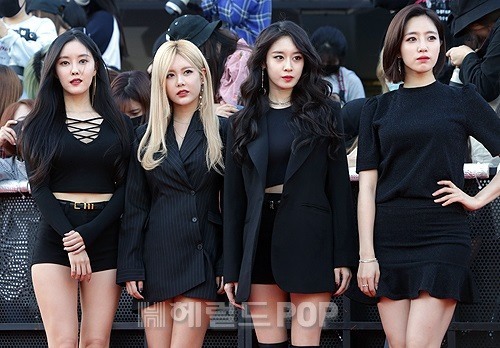 In anticipation for her comeback as a solo artist, T-ARA‘s Hyomin released a pair of provocative image teasers.

After seeing the risque photos, however, some netizens have claimed that the MBK Entertainment singer has finally hit rock bottom. In response to the teaser photos, many netizens criticized Hyomin, accusing her of exposing skin just to get attention. Some fans adored her beauty, while others added that she looks almost unrecognizable in the photos, suggesting that she’s received cosmetic surgery. The photo set was met with many mixed responses indeed.   Find out what Netizens had to say about this article below!