For the past 8 months, Wanna One‘s Ong Seongwoo has dazzled us all with his MC skills on Music Core. A few days ago, however, Seongwoo officially stepped down from his role with one final brilliant farewell.

While we will all miss the certain cheerfulness he brought to the show, one member of NCT seemed particularly shaken by Seongwoo when he was given the honor of presenting the flowers to the MC!

At the end of the program, Haechan made a move to hand the bouquet to Seongwoo.

Perhaps because he was already a bit nervous about the moment and because the crowd was cheering so loud, Haechan tried to quickly pass the flowers on but almost got a face full of fellow NCT memberMark‘s arm!

Once he safely cleared the danger of Mark’s arm, Haechan was able to successfully hand over the flowers. Shortly after that though, everyone noticed how shy and flustered Haechan looked! 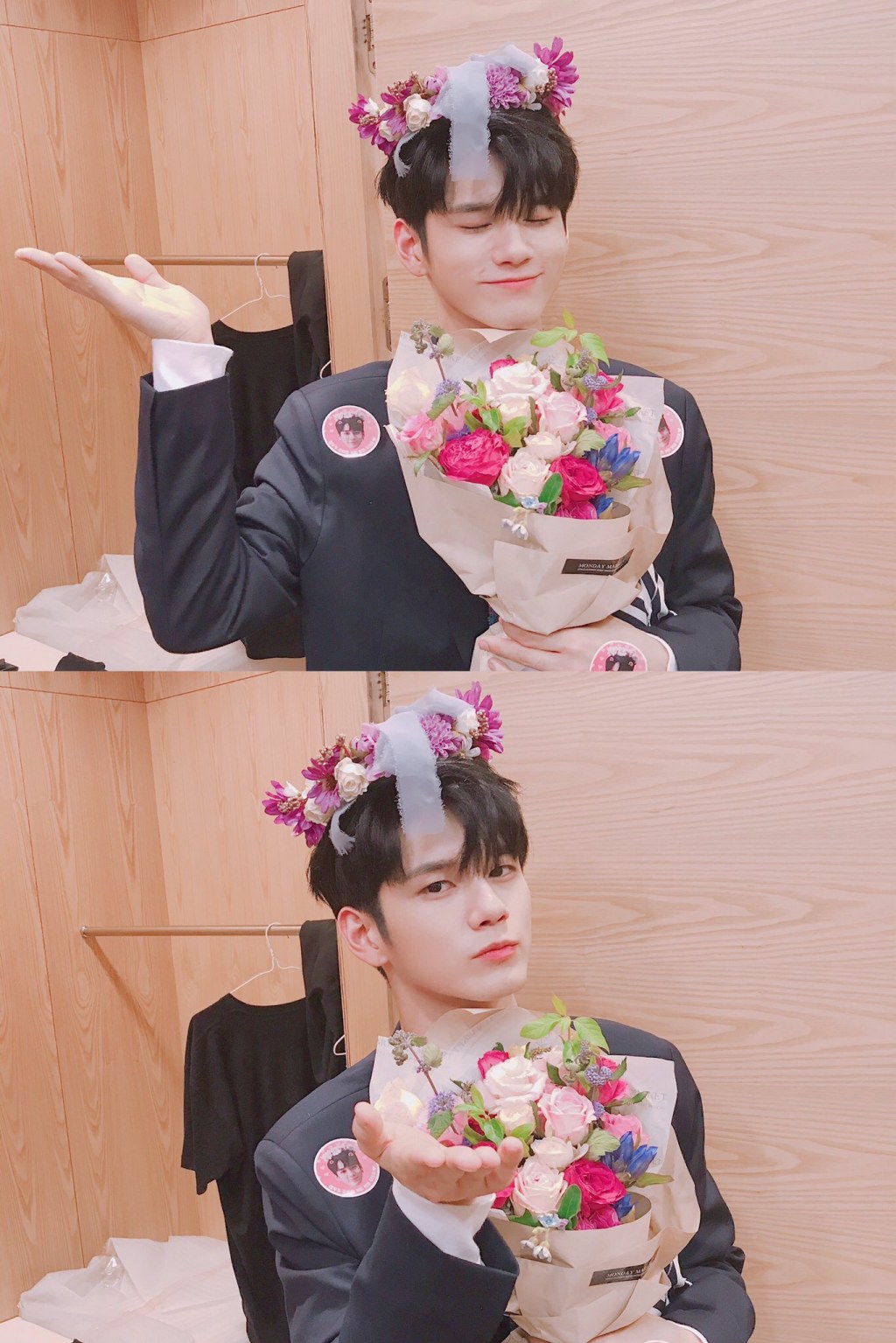