According to a report by TMZ, after the singer “liked” two fan photos of his superstar ex Rihanna on Instagram, the model reportedly lost it completely, broke up with Brown and even changed her phone number so he couldn’t contact her.

The Rihanna post was merely the last straw in many grievances Tran has against her on-again-off-again boyfriend of four years. Apparently, she has been considering this for some time because “Chris acts immature, like a child.”

The American model of Vietnamese and Africandescent reportedly thinks he’s ruining his life with all the partying.

The pop star was transferred to a correctional facility in Los Angeles after he was kicked out of a court ordered rehab centre on Friday, and it has now been ruled he will stay there until a probation violation hearing on April 23.

Brown, 24, was led into court in an orange jumpsuit despite requests from his lawyer that he be allowed to wear civilian clothes.

His mother, Joyce Hawkins, sobbed as the judge ordered he be kept in prison.

According to TMZ, Chris Brown will have to go to jail for because he was kicked out of rehab.

FOR THE COMPLETE STORY: CHRIS BROWN KICKED OUT OF REHAB

I’m looking for my biggest female fan to be a part of my upcoming BET Awards ’13 performance! http://bet.us/CBdance  pic.twitter.com/N2FExGNN7i 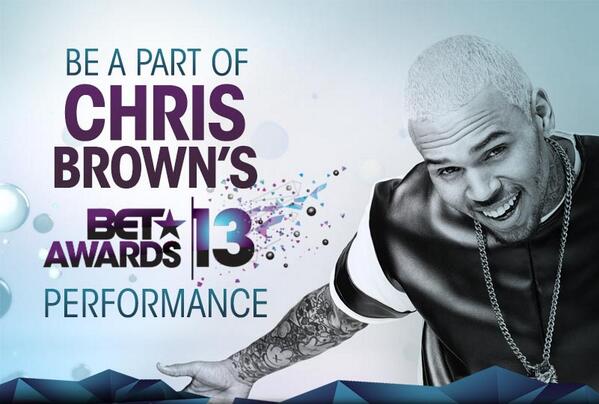 They say what happens on tour stays on tour.

But Chris Brown isn’t being so coy about his shenanigans after breaking up with Rihanna for the umpteenth time.

The 24-year-old was spotted leaving a nightclub at 5am on Sunday night and he didn’t depart alone.

It looks like the girls may have taken his Twitter invite quite seriously as he asked followers to turn up to his promotional appearance in the Big Apple.

‘Come join me at the ZING Vodka after party at EVR NYC tonight,’ he had earlier

The musician walked out of the venue wearing dark blue jeans and crisp white trainers with a backwards cap.

He teamed it with an intricately patterned T-shirt and gold chain with flashy watch for the bash held by an alcohol brand.

Chris’ extravagant appearance obviously pulled in females of romantic interest as an assortment belly and leg-baring beauties were seen hopping on and off the mode of transport and accommodation.

His on/off partner Karrueche Tran didn’t seem too happy about the entertainment for the evening but stuck by his side and kept a watchful eye over the singer.

Apparently Chris even danced to songs by his ex as well as her mentor Jay-Z’s as well as his own.

She gave the competition just why she has been kept around for so long as she strutted around the venue wearing a fitted mini-dress and pink high heels.

Chris and pop star Rihanna broke up yet again last month with Chris revealing he would be enjoying his birthday without during an Australian radio interview.

He told the Kyle and Jackie O show: ‘I can’t really be focussed on wife-ing somebody that young.’

Popular guy: Flesh-flashing ladies were spotted hopping on and off the bus

MORE PHOTOS OF OTHER GIRLS LINK: MORE GIRLS AT THE CLUB

To the after party: Chris Brown forgot about Rihanna by dancing in a club until 5am on Sunday night

By his side: Karrueche kept a watchful eye inside EVR nightclub in New York City while dancing to Rihanna, Jay-Z and his own songs

Source: Autumn via World Star Hip Hop / Me Me Me TV

Singer Chris Brown snapped a picture of himself naked according to World Star Hip-Hop.

To Read More On This Story and To See The Naked Photo: Chris Brown Naked

Rihanna writes: “There’s no question that life throws us curve balls, we do our best to deal with them, take the lessons and keep it moving without regrets…

“I look forward to embarking on this ride with you, unwilling to sacrifice what we believe in, taking our lessons and growing from them. Don’t let one thing shake your core. Let our inspirations drive us, never steering from who we truly are….”

“Never underestimate a man’s ability to make you feel guilty for his mistakes.”

The former couple have had a tumultuous relationship in the last three years, including a restraining order against Brown following the assault.

But recently the two singers have made peace, coming together on a remix of Rihanna’s raunchy song “Birthday Cake” earlier this year, According to, Reuters.

Rihanna and Chris Brown are rumoured to be enjoying a short break together.

The on-again/off-again couple – who reconciled in recent months even though the 23-year-old ‘Don’t Wake Me Up’ singer is still on probation for violently beating her in 2009 – has sparked speculation they boarded a private jet to spend a few romantic days together ahead of Chris’s upcoming tour after issuing a series of mysteriously similar tweets.

The 24-year-old ‘Diamonds’ singer wrote on her twitter: ‘B***h I’m phresh out the runway #UNAPOLOGETIC (sic)’ on Saturday (03.11.12) shortly before he tweeted a picture of himself and a few friends in front of a private jet.

According to HollywoodLife.com Chris may have invited her to join him for a weekend away before his tour of Europe and Africa starts later this month as the couple have both been extremely busy lately and he wants to do whatever it takes to keep her happy while he is away.

A source said: ‘[Chris will] miss Rihanna. I know they will talk all day and text back and forth. Then, [he’s] going to get back home and have a $5K cell bill. It’s cool though. To him, Ri’s worth a whole lot more, so he ain’t tripping.

‘That’s his girl and they’re talking and trying to squeeze in as much time together as possible before he jets out of here.’

Chris – who is due to start his tour on November 14 – is due back in Los Angeles tomorrow (05.11.12) to launch his new charity the Symphonic Love Foundation.

Singer Chris Brown new Tattoo which appears to be a woman’s half beaten face. Brown’s camp told TMZ that it’s actually a Mexican-themed skull in commemoration of Dia de los Muertos but according to everyone else the tattoo seems to be unsettling parallel to the infamous leaked to the 2009 of Rihanna.

According to MTV, Chris Brown and Rihanna greeted each other at the MTV Video Awards

Entertainer Chris Brown, posted a photo of himself on his Twitter Page.

Entertainer Chris Brown seems to be enjoying the company of a new woman.   Jasmine Perry said he wanted Chris Brown and that she would trust him.  I wonder if she still feels the same. What about Rihanna and Karrueche.

CHRIS BROWN ENJOYING THE COMPANY OF A NEW WOMAN : IS JASMINE PERRY JEALOUS?

According to, E!News singer Frank Ocean debut album will not be sold at Target. The mega retailer announced it will not carry “Channel Orange,” a decision that came after the singer revealed his first love was a man via Tumblr last Tuesday, according to Billboard.

FRANK OCEAN ALBUM WILL NOT BE SOLD AT TARGET IS IT BECAUSE HE’S GAY?

On again, Off again, It seems as Chris Brown & Rihanna was In St. Tropez, France. Brown’s girlfriend Karrueche Tran was there as well,  it was reported Tran did not know Rihanna was there according to,  OMG!.

According to CelebTV, Chris Brown was seen hanging out with Rihanna’s family  to watch the NBA game Miami Heat and Boston Celtics in New York at rapper Jay Z’s club, the  40/40 Club.

Rihanna arrived first then Brown; however, Brown’s girlfriend Karruche Tran was not seen at the club.

They may be seeing each other in private and may slowly get  back together.

Jasmine Perry is a California Model and Actress.  She was noticed by CEO/Singer of SBS Entertainment Autumn Tillman.

Perry stated  “I want to be Chris Brown’s girlfriend, I believe and trust him. I don’t want or need his money. All I want is his heart, Pre-Nup I will sign with no problem.”

The SBS Entertainmet model/actress is in fact 2012’s “Rising Star.”

R&B Performer Chris Brown and Rihanna seems to love each other very much however, they’ve allowed the media to control their lives.

Do You Think Chris And Rihanna Should Get Back Together?  Please Leave A Comment.